The family of a graduate with a peanut allergy who died after eating a slice of pizza are calling for criminal charges over his death as an inquest began today.

The 23-year-old, who ordered the meal from Deliveroo, died around an hour later in hospital.

Despite had food from the premises previously, James was unaware the restaurant had allegedly begun using peanut powder within the ingredients for making the pizza.

Today, after a pre-inquest review was held at Newcastle Coroner’s Court in Baras Bridge, his parents Jill, 58, and Stuart, 59, announced they want police to reinvestigate what led to their son’s ‘utterly avoidable’ July 2020 death. 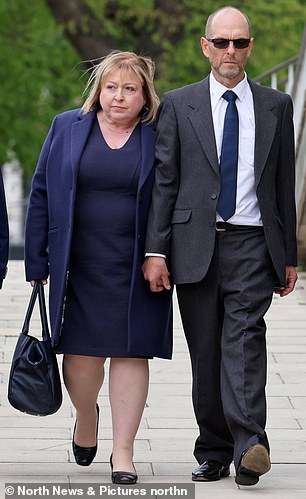 James Atkinson, 23, (left) died in July 2020 after eating a pizza allegedly made with peanut powder. His parents Jill and Stuart (right) want police to reinvestigate 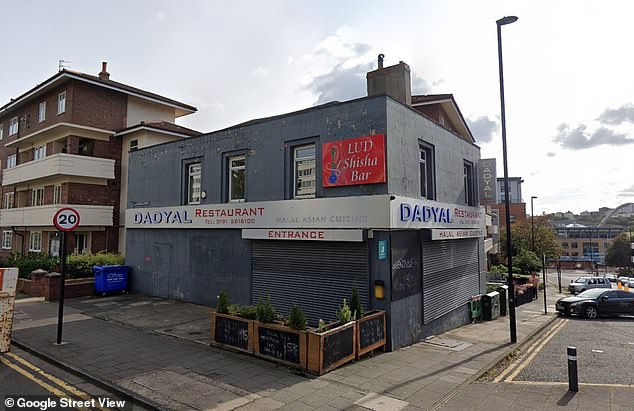 Dadyal Pizza in Newcastle remained open after the tragedy, but closed its doors last month

They have launched a Victim’s Right to Review against Northumbria Police in the hope to prosecute those they feel are responsible.

Their lawyer, Thomas Jervis, read out a joint statement on their behalf.

He said: ‘Nothing can ever bring our James back but today we stood for him in court and we’ve called for a full and proper investigation into this utterly avoidable death.

‘Using our victim’s right to review we have called on the police to do the right thing and reinvestigate the circumstances around what happened and potentially bring criminal cases against those we believe played their part in what happened.

‘Lastly, we would like to thank the hundreds of people across the country who over the last few days have supported our crowd justice fundraising campaign.

‘Only through their amazing generosity and kindness can we finally get justice for our James.’

His parents have said they hope it will help them to finally get answers about the circumstances surrounding their son’s death.

On the Crowd Justice page the couple from Leeds said: ‘We have been told by the police that the restaurant may have swapped an ingredient in his pizza on the day he died to a powder containing peanuts.

‘We want to find out if that is correct, and if so, how that could have been allowed to happen’.

More than two million people in the UK are living with a diagnosed food allergy and this number is on the rise.

The Atkinson family hope that by examining whether lessons could be learned in James’s death, other allergy sufferers can be better protected.

The family are being supported by Tanya Ednan-Laperouse, whose 15-year-old daughter Natasha died in July 2016 from anaphylactic shock after eating a Pret A Manger baguette containing sesame seeds, which she was severely allergic to. 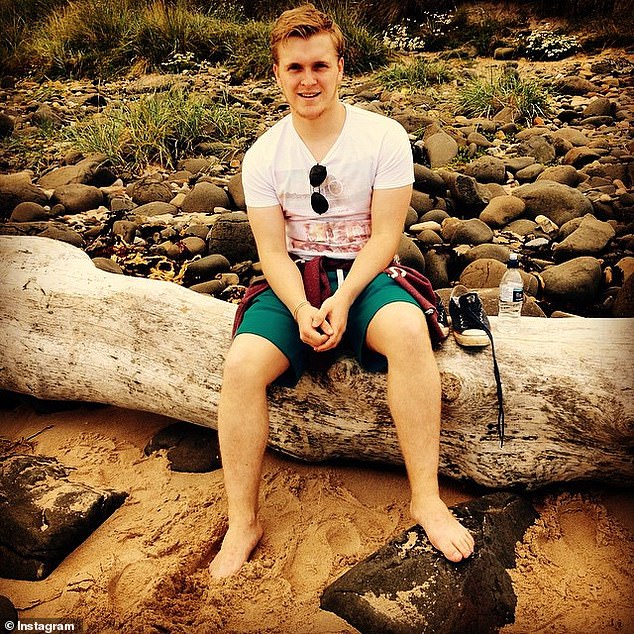 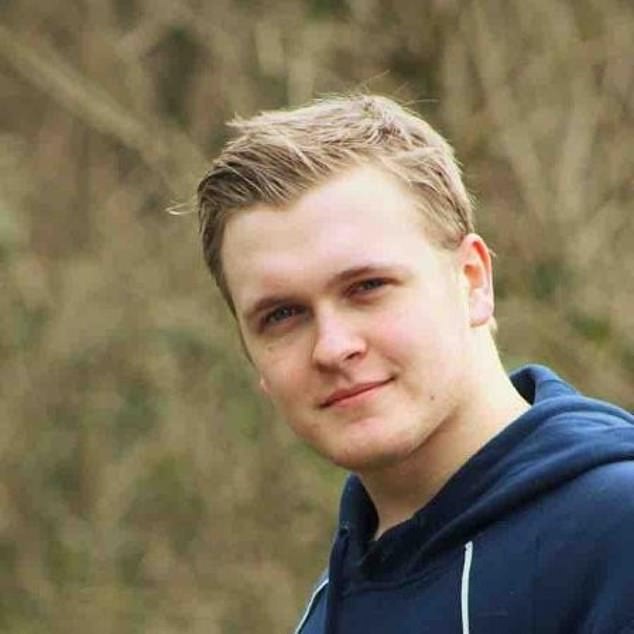 In the wake of her tragic death, Tanya and her husband, Nadim, set up the Natasha Allergy Research Foundation and successfully campaigned for a change in food labeling.

Speaking to The Sunday Times, Tanya said: ‘James’s tragic death throws the spotlight on the multibillion-pound food delivery businesses and what appears to be a terrifying lack of regulation.

‘It is vital that the inquest … gets to the heart of who polices corporate giants like Deliveroo, Just Eat and Uber Eats when it comes to food safety.’

The inquest comes nearly two years after James suffered an anaphylactic shock, after ordering a pizza to share with his housemates at 8.10pm on July 10, 2020.

Shortly after eating a few bites of one slice of the pizza, his lips and throat swelled up. He called 999 and paramedics arrived by 8.16pm, giving him two shots of adrenaline in his leg, but he fell unconscious and went into cardiac arrest.

He was taken to the Royal Victoria Infirmary in Newcastle and pronounced dead at 9.21pm – just over an hour after eating the pizza.

James had known since he was a teenager that he was allergic to peanuts and was ‘always so careful’ to check ingredients, his parents said.

At the time of the tragedy, the BBC reported that Dadyal owner Gulfam Ulhaq said staff were ‘in shock’ after being told of the death.

He said: ‘I was really shocked when police told me he had passed away and that he was only 23-years-old. It is very, very sad.’

The takeaway in question continued to remain open for business, but closed last month.

Jill added: ‘What everybody needs is a clear, full list of ingredients on every item on a takeaway menu and a sticker on the takeaway box saying the allergens it contains. We’ll never know if that would have saved James, but it might have done.’ 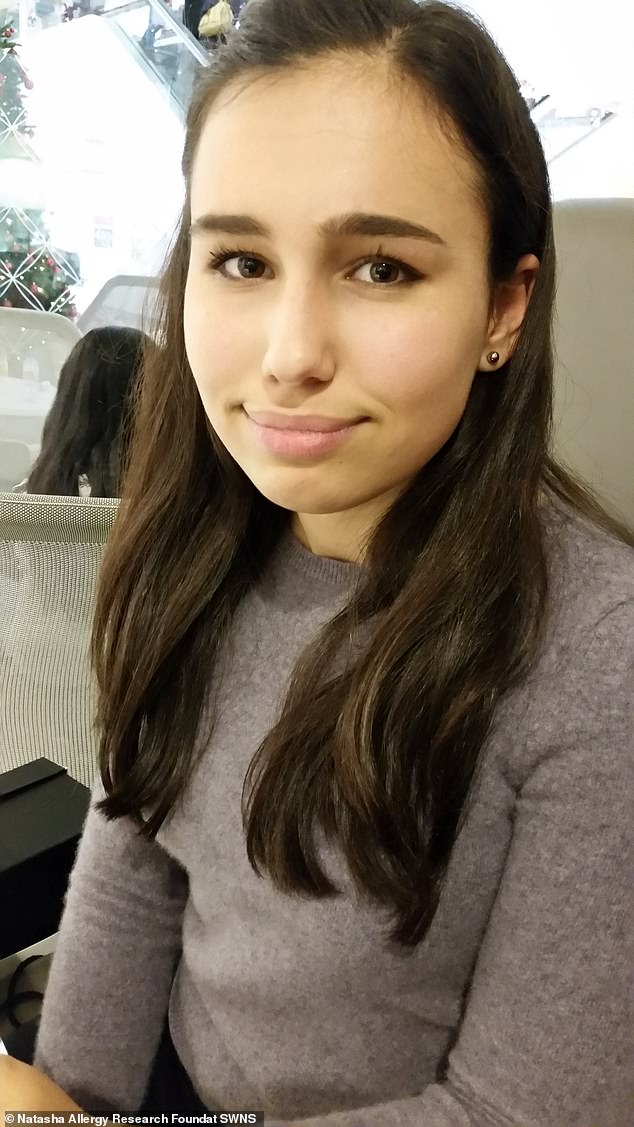 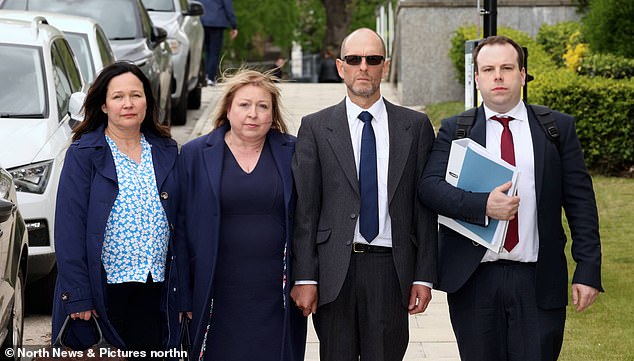 James’s parents Jill and Stuart Atkinson (centre) – flanked by their lawyer Thomas Jervis (right) – are being supported by Tanya Ednan-Laperouse (left), the mother of Natasha

In the days leading up to the inquest, the couple say they want to pursue justice for James and have launched a crowdfunding appeal on the CrowdJustice website to raise £10,000 for a barrister.

A statement on the site said: ‘Our beautiful son died suddenly on 10 July 2020 when he was just 23 years old after ordering a takeaway pizza via the Deliveroo app from Dadyal Restaurant.

‘James had a known nut allergy to peanuts and we have been told that he may have suffered a severe allergic reaction known as ‘anaphylaxis’ after we he ate just once slice believe of pizza.

‘He was eating dinner with a few of his flat mates in Newcastle where they lived. We didn’t even get to say goodbye before his heart stopped. He died alone, without his mum, dad and family with him.

‘He was a clever boy; he had graduated from Newcastle University after studying computer science.

‘How could this have happened to him when he was always so careful? There will always be a hole in our hearts without James.

‘James was a bright and bubbly character who lived life to the full. He loved sports especially rugby, cycling and running. He also completed a triathlon with his friends which he was very proud of.

‘He moved to Newcastle to study computer science and loved it so much he decided to stay. He loved spending time with his friends and brightened up any room. He was the life and soul of a party and went out of his way to make sure everyone was having a good time.

‘James loved his time with family and looked forward to coming home to spend time with us all and having long walks with our dog. James also loved a games night and would enjoy beating us all! James will be forever missed by all his family and friends.’

Speaking about the inquest, which will open on what would have been his 26th birthday, they wrote: ‘We should be celebrating his life on this day and instead we are going to be asking questions about what happened to him that night. 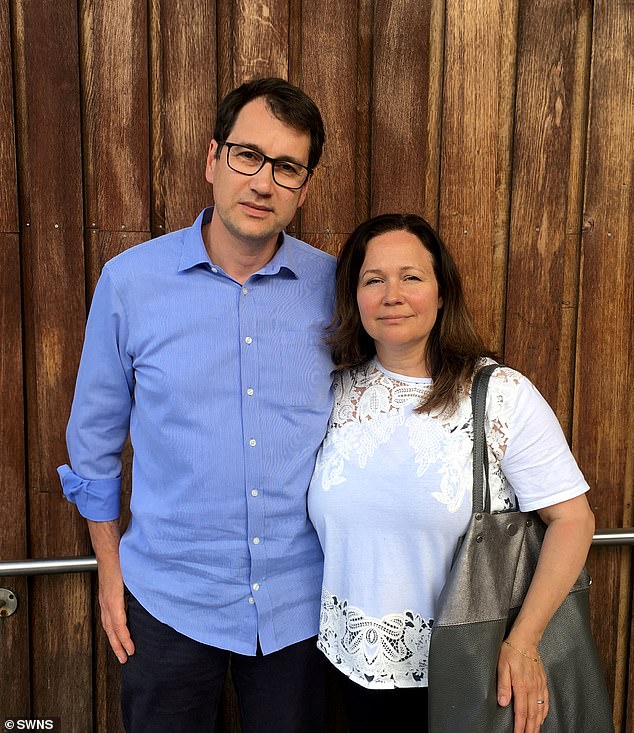 Natasha’s parents, Nadim and Tanya Ednan-Laperouse, are supporting the Atkinsons ahead of this week’s inquest

‘We have no words to describe how painful this will be.’

The family has instructed a legal team from Leigh Day, which represented the families of Natasha Ednan-Laperouse, Owen Carey and Shanté Turay-Thomas, who died from anaphylaxis after consuming foods they were allergic to.

They added: ‘We owe it to James’ memory to help the Senior Coroner find out whether there are any lessons to be learned.

‘If there are, we will work with other campaigners to try to make sure that other people with allergies and their families don’t have to go through what we have.

‘We are determined to ensure a full and fearless Inquest into James’ death and want to do all we can in his memory to help increase the protection for allergy sufferers in the UK.’