Kim Min Jae’s new drama “Poong, the Joseon Psychiatrist” featured how a young and promising physician was swept away by accusations criticizing his ability to treat people. The newest historical K-drama follows the story of a physician named Yoo Se Poong (Kim Min Jae), known for his internal medicine expertise. Unfortunately, he was expelled from the royal court due to an unexpected incident.

Keep on reading for the full run down on the episode!

As for the pilot episode, the historical K-drama kicks off with a good start.

According to Nielsen Korea, “Poong, the Joseon Psychiatrist” episode 1, garnered a nationwide rating of 3.864 percent, which is a decent figure for a debut.

Yoo Se Poong is among the trusted physicians of the royal family after he managed to save the crown prince’s life. Because of this, he was dubbed by the King as the “divine needle” for treating the young royal through acupuncture.

Interestingly, besides working at the palace, he is also a noble man’s son. Yoo Se Poong’s father works as a Minister and one of the allies of the King.

His once peaceful life turned upside down after the King’s health slowly deteriorated. Boils on his face became severe, prompting Yoo Se Poong to have emergency surgery.

During the procedure, he noticed that something was off, causing the royal to lose a lot of blood. Because of this, the King died, and Yoo Se Poong was detained for medical malpractice.

On the other hand, his father investigated and found out that Yoo Se Poong’s needles and knives were poisoned.

As he dug about the possible scenarios, a mysterious person killed him and made his death an accident.

Following the King’s death, the crown prince stripped the title of Yoo Se Poong’s father and recovered the properties that the palace gave him.

As for Yoo Se Poong, he was left with no home and barred from entering Hanyang.

Yoo Se Poong Meets the People Who Will Change his Life

Wandering with his aid, Man Bok, they traveled town to town in hopes of finding a shelter.

Just when he is thinking about ending his life, he meets Seo Eun Woo, who comes from a noble family. She knew that Yoo Se Poong was a member of a royal physician. Since she thought he was on the verge of ending his life, Seo Eun Woo made a remarkable statement, reminding him that he should use his God-given talent to save lives. 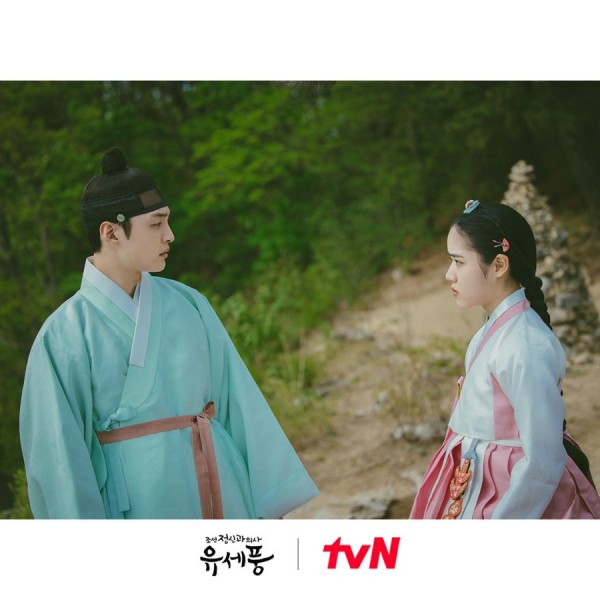 In one of the scenes in “Poong, the Joseon Psychiatrist” episode 1, Yoo Se Poong unexpectedly meets Seo Eun Woo, whom he saved from drowning.

He brought her to the nearest safe place, which happens to be the residence of Kye Ji Han. he was able to treat her but couldn’t find her the next day.

Yoo Se Poong was left with a massive debt to Kye Ji Han, and because he was penniless, he agreed to repay through his service. 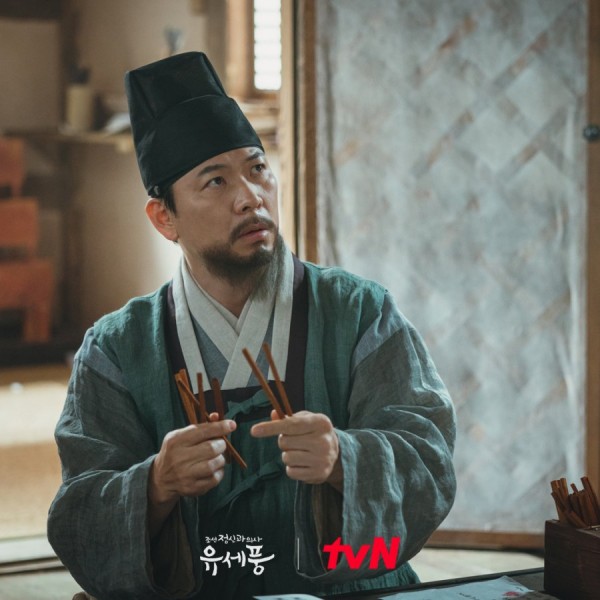 The last part of episode 1 featured how Yoo Se Poong struggled to treat people and do acupuncture.

Interestingly, it seems like Kye Ji Han will play a huge part in how Yoo Se Poong will reignite his love and passion for treating people.

IN CASE YOU MISSED IT: Kim Min Jae Dating History: Did the Rising Star Date His ‘Dr. Romantic’ Co-Star So Ju Yeon?